Charity has a special meaning for me. I always liked to help others less fortunate than me. It came from my family. Both of my parents do all kinds of good deeds (big and small), many of which are very inventive.

What I like about my mother the most is that she gives a lot from herself but she doesn’t expect anything in return. She is not disappointed (like me) when the people she helped don’t reciprocate. She expects nothing in return because she is simply doing good things. And she helps even those who were not always good to her. She always says that she will never respond in kind to people’s wickedness. For example, we know, like everyone else, a family of people “good at everything” that my parents helped countless times, taking them to hospitals or helping them with money when they were in danger of running out of electricity due to non-payment, sometimes even helping them with food. There were also times when my family could have used a hand to clean the garden or repair something around the house and they didn’t come; however, my mother never thought twice to help them when they called after some time for help. 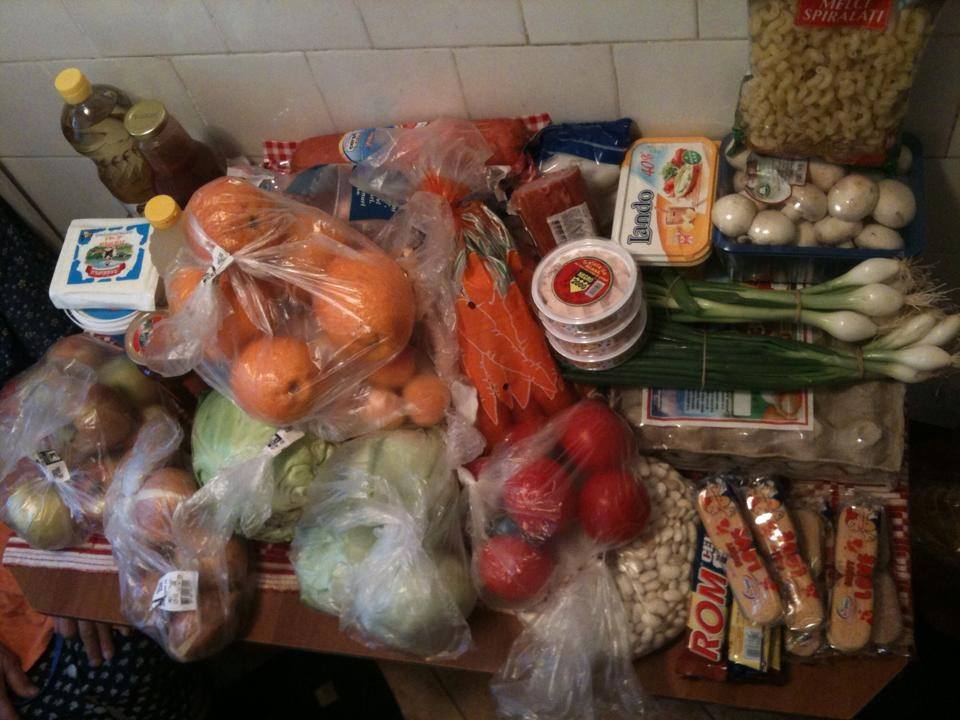 As I said, charity has been a part of my life from the beginning. And I think that this shapes you as a person; shapes a part of your character that defines you and makes its mark in many of your subsequent decisions, even as a manager when you have to lay off or reduce staff, when necessary. You must weigh well any decision so as not to inevitably affect some souls who need you.

I done have a lot of charity in my life. I helped someone here, someone there, with food, finance, clothing, etc.

I also volunteered a lot at various associations (university, others in Romania, and now abroad). I kept trying to see where I could find my best place.

With my Rotarian father, member of the club since the ’90s, at the age of 25, I finally decided to join the Rotary family. My father convinced me by always telling me that it is good to do charity in an organized way. Because I was under 30, I had to be part of the Rotaract club (for young people between 18 and 30).

The Rotary International Club was founded in 1905 by Paul P Harris, a Chicago lawyer. There are two basic ideas of Rotary clubs: giving back to society and networking. A club gathers people with high professional quality (this does not involve wealth but talent, knowledge, achievements) with various specializations (lawyers, economists, doctors, etc.). It is recommended that there be as many professions in a club as possible, with a limited number of members.

There are more than 1.2 million Rotarians worldwide who are part of more than 32,000 clubs that are split into districts for better organization.

To become a Rotary member, you must have a letter of recommendation from a member and go through a probationary period (the member who recommends you will most likely become your godfather). So far, I have noticed that there are two kinds of people: those who totally reject this idea from the first meeting and people who remain part of this organization for a lifetime.

The Rotary principle is that a member can be president only once in his life, so that the managerial styles and the proposed projects differ: to “rotate” (this is what the wheel in the logo represents). Each president has a Board (an odd number of people, to make decisions) and close relatives are not allowed in the same club (to avoid tax evasion). Members meet once a week (or every two weeks) at a location that is usually a hotel meeting room. The meetings last 60 minutes, during which various projects are discussed. In addition, there is a monthly membership fee, which varies from club to club. Attendance at meetings is mandatory at least 60%.

Rotary clubs financially support Rotaract and Interact clubs (for teens between the ages of 14 and 18), young people who learn about charity, who help with actions but who also have their own projects and who can become members later.

In Romania, the first Rotary club appeared in 1936 and it and the rest of the new clubs continued to operate until 1945 when they were declared illegal by the communist regime at the time. Rotary International returned in 1990, re-establishing itself for Romania and the Republic of Moldova, District 2241.

As I said above, at the age of 25, I decided to become a Rotaract member and that was one of the best decisions of my life. There I met my second family, the family of friends who stayed close to me even after I left the country (or they left before me). We were all young and enthusiastic and had a common goal: to help. In addition, we discovered had many common interests; we managed to spend beautiful moments together and on the days we were free, we found time for age-specific entertainment. But always with the satisfaction of a job well done on the days we dedicated to charity.

Rotaract meant a lot to me. It meant friends, it meant many charitable events – when you are in Rotaract you prepare certain visits to children’s centers, elderly homes, you organize cultural events and balls, as, after all it is Rotary. There are also many national (District Conferences) and international (EUCO, REM or even smaller) events. Basically, it is an opportunity to travel with your best friends in various cities (I have been to Moscow, Rome and Nice), to meet young people from all over the world, with whom you have shared interests. Rotaract also means fun, not just work. That period of my life when I was part of the Rotaract Atheneum (the club where I was also president) was wonderful. 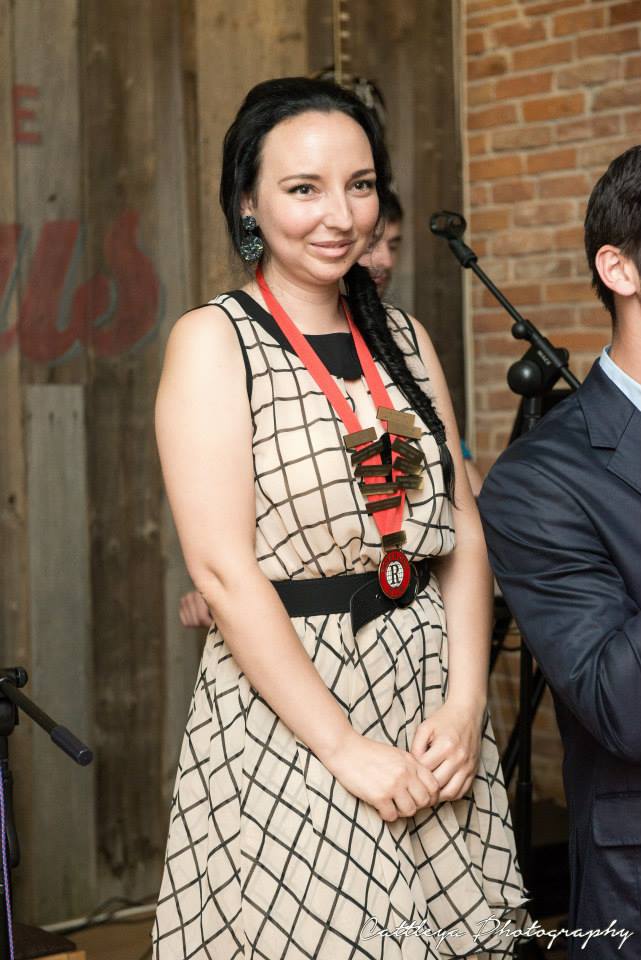 Among my favourite projects was the Atheneum Exclusive Party, a biannual party that took place in one of the newest and fanciest places in Bucharest, where we had over 100 guests at a social evening (where we competed to bring as many guests as possible). That evening, there was a small classical music concert given by a talented child who lacked the funds necessary to advance his passion. The event sought to sponsor as well as publicize the child. Here, the guests contributed sums of money by paying an entry fee, participating in raffles, and by making additional donations. Each of us was responsible for procuring an object or two, which we thought would arouse the interest of the guests, for the raffles. Another event close to my soul was Rotaract Bakery, where we would gather at the home of one of the members and bake and bake cakes for a whole day and take them to a children’s home. We also adopted the “three old women”, as we called them. These were three ladies for whom we raised money every month (for three years), went shopping and brought them the necessary food and personal hygiene supplies. The oldest was 93 years old and cared for her 92-year-old blind sister and her 65-year-old daughter who was bedridden due to horrible osteoarthritis and kidney failure for which she was on dialysis three times a week. 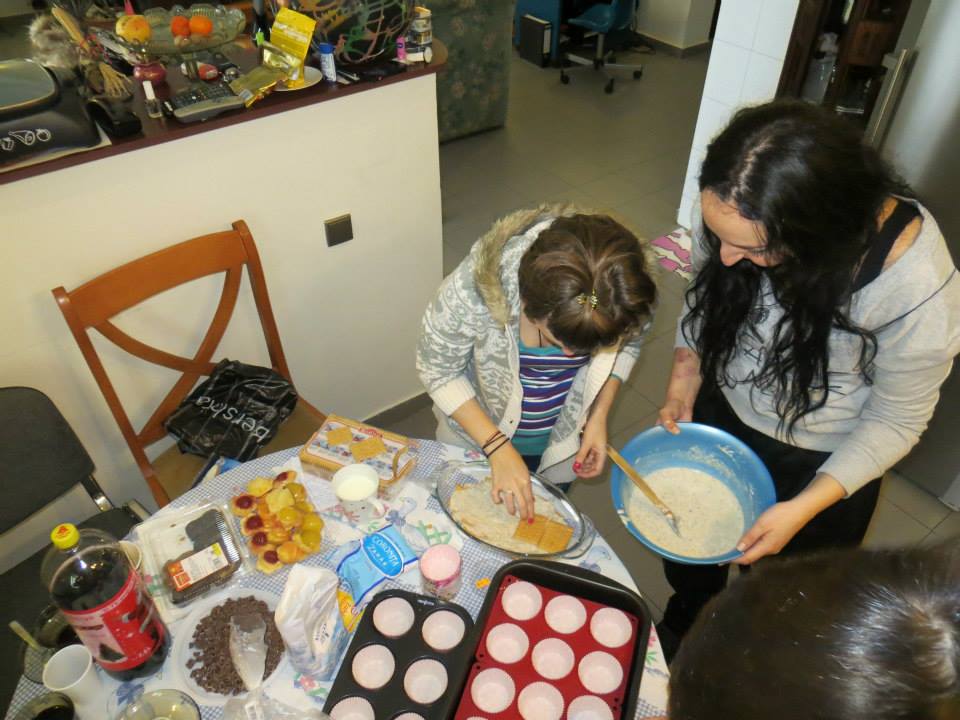 I’m going to show my superficial side now: another thing I really like about being a Rotaractian/Rotarian is socializing. Many cultural events (concerts, theater plays), presentations and balls are organized. All for charity. However, it is also a good opportunity to show off a new evening dress, stiletto shoes and the air of satisfaction of a successful evening. Because yes, we also know how to have fun. 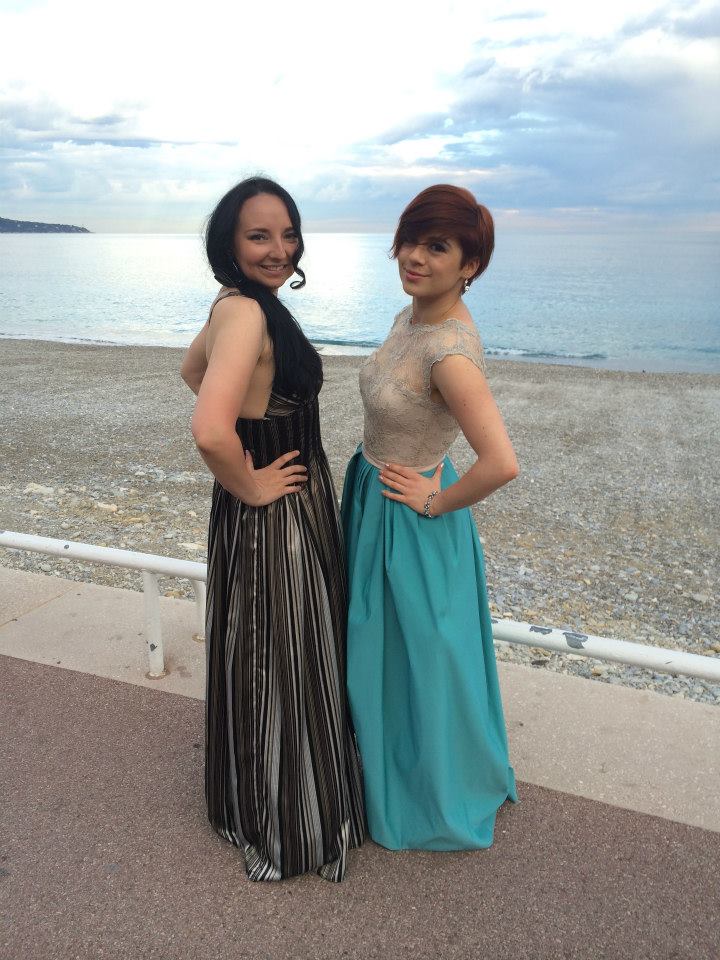 I flirted with the idea of joining the sole English speaking Rotary Club of Luxembourg. I discovered that I wasn’t compatible with the people there; I didn’t think they were doing enough projects. However, I was left with something of that experience; I met the Grand Duchess of Luxembourg who places great emphasis on charity, a great moment that I will always remember.

So I gave up for a while. Being over 30, I was left (partially) out of the Rotary family. My charity did not stop but I continued to offer help whenever my mother told me on the phone about an impressive case. I also participated with my parents in an event organized by Italian clubs at the Vatican, where Pope Francis held a special Mass – only Rotarians from around the world were invited, they paid to participate and the funds were donated. As usual, meetings with the Pope are unforgettable because of the scope and power they emanate.

Because I travel a lot, I can’t get to meetings very often. It becomes an obstacle for fulfilling the attendance requirement. But at the age of 33-34, I really missed going back to Rotary, and I remembered that one of my Rotaract friends, Stefano, from Palermo, was a founding member of one of the first Rotary e-clubs in the world. I wrote him that I wanted to come back to Rotary and for a year now, I have been a very happy member of the Rotary E-club Colonne D’Ercole, a club made up of Italians (and three Romanians) where I found peace of mind again. I feel like I did in Rotaract again. There are a lot of projects and there are a lot of initiatives. The members are the friendliest people in the world; the average age is 35 years old and every time I have to log in for a meeting, I am happy. 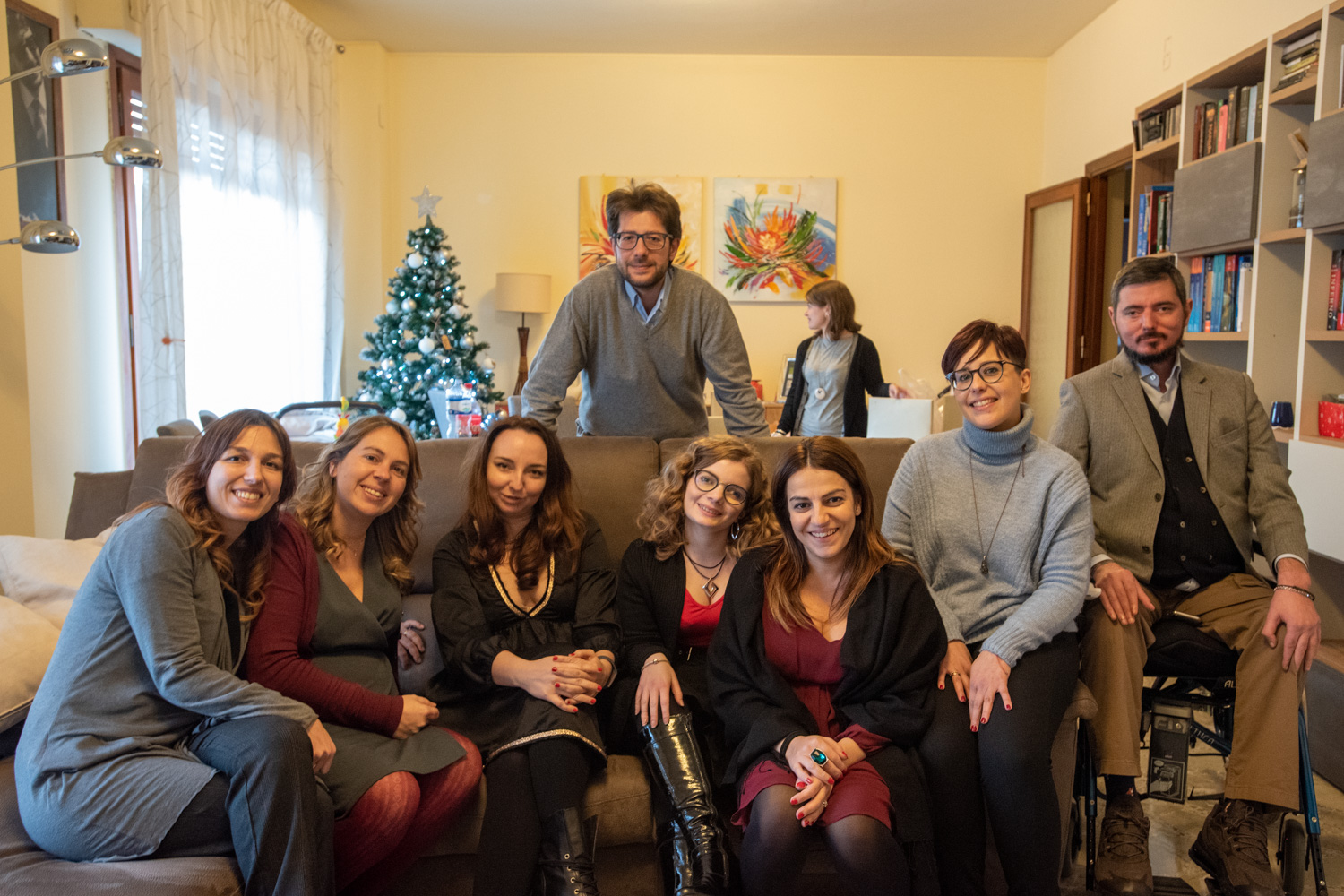 But we don’t just talk at meetings, we have countless “drinks” on Zoom where we talk for hours (together with our partners). And Daniel and I were in Sicily, in Palermo, on New Year’s Eve this year and although I saw many of my colleagues then, for the first time in my life, I had the feeling that we have known each other for years, the connection between us, leaving from the common point called charity. 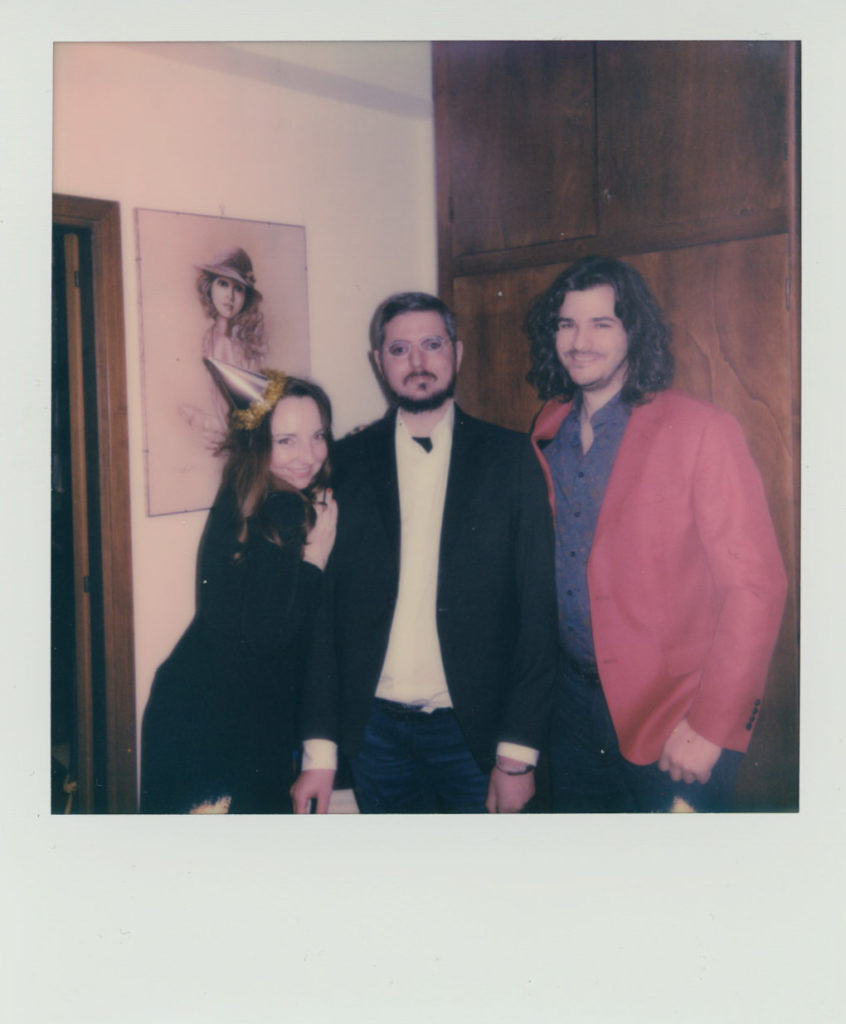 We have many projects (especially since the outbreak of COVID-19, money is raised only to buy medical equipment or food for people who have lost their jobs). One of them is the organization of a theater play, where we sell tickets and the funds raised are donated for a one-year salary to a psychologist or a doctor who treats children with cured multiple sclerosis, located in Sicily. The funds raised are matched by a Humanitarian Association of a local bank. The club also donated a tractor to the City Hall of Palermo to arrange the parks and we had a joint project with other clubs in the area to keep the beach clean. And now Bogdan (a Rotaract friend who became a Rotarian and joined our club) and I are working on some joint projects with some Romanian clubs. I will keep you up to date with all our achievements. 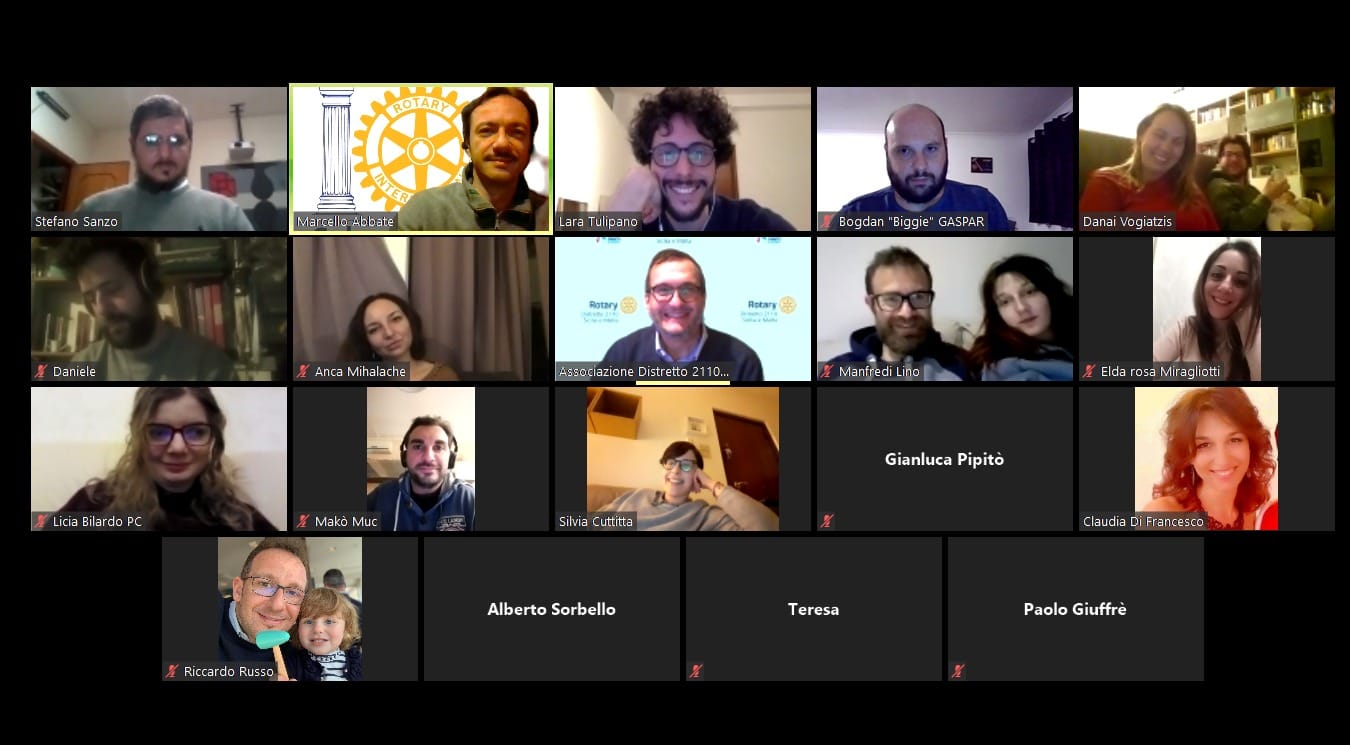 I think that, in the end, it doesn’t matter what association/club you belong to or if you decide to do charity yourself. What matters is to have a good soul, to want to do well and to find your place next to some friends who have the same desire. And if you don’t have time to get involved in projects, there is always the option to donate money for a cause you believe in.

2 thoughts on “My experience with the Rotary Club”